British Chamber of Commerce in Germany

ÜberRaum’s Director Daniela Seifermann has been selected as one of the Europe’s 40 most promising young architects and designers.

The German Ambassador’s Residence in London has been nominated for the RICS Award 2018 for Building Conservation category.
View project

The German Ambassador’s Residence in London has been nominated for the AJ Award for Best Heritage Project 2017.
View project

Cloud Cuckoo House in Baden-Baden has been nominated for the AJ Award for Best International Retrofit Project.
View project

Our refurbishment of the ZDF TV Studio in London has been nominated for the 2015 GERMAN DESIGN AWARD. The project involved the renovation and fit-out of a Grade II listed building for one of Germany’s largest TV broadcaster.
View project

Built as a German “Passivhaus” with focus on sustainability and environmental friendliness, our Cherry Blossom House has won the award as Most Eco-Friendly Single Dwelling at BUILD Magazine’s 2015 Architecture Awards.
View project 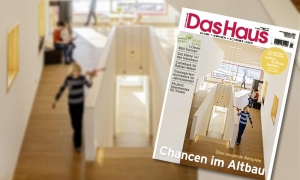 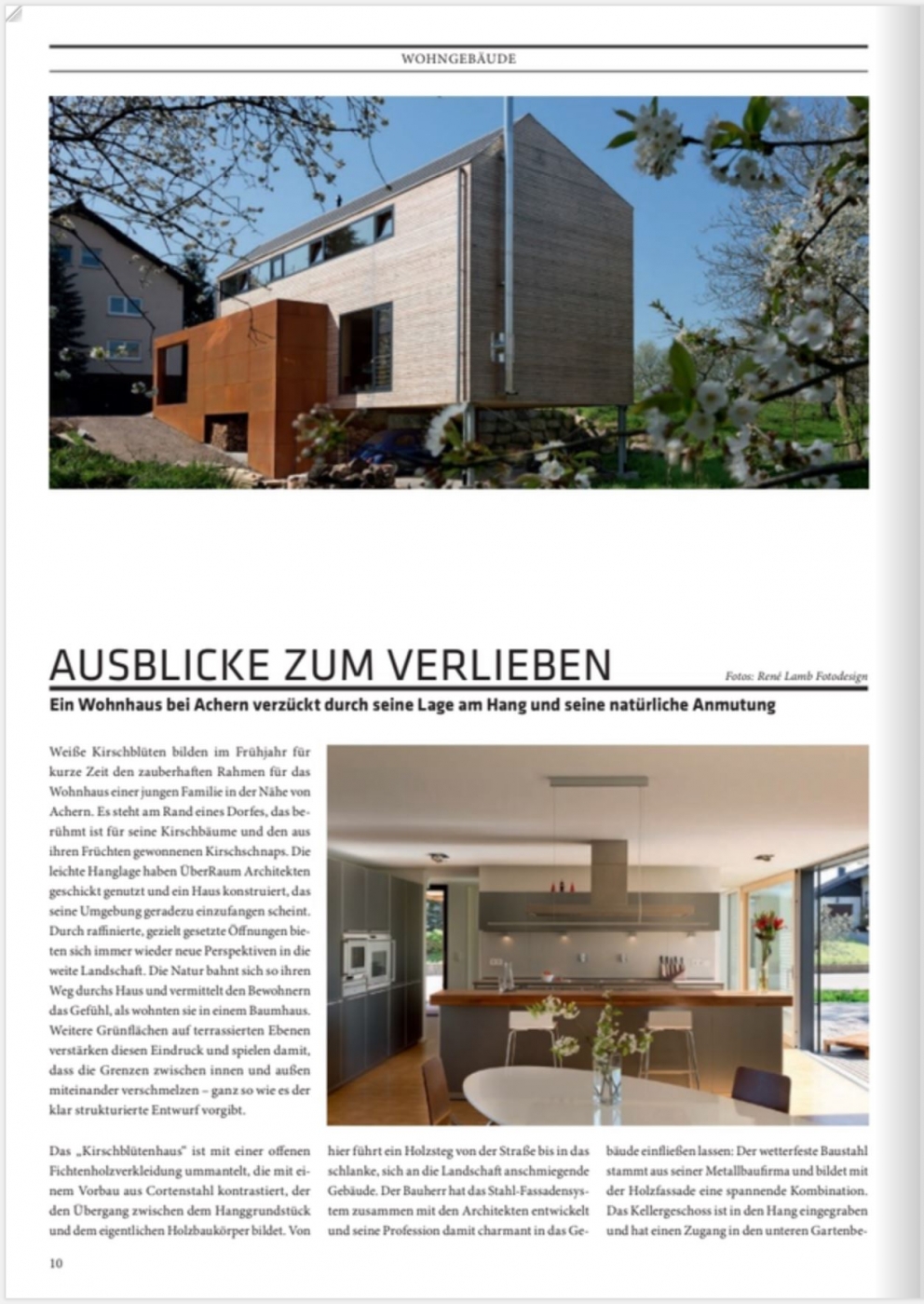 Extensions for Every Budget
Real Homes 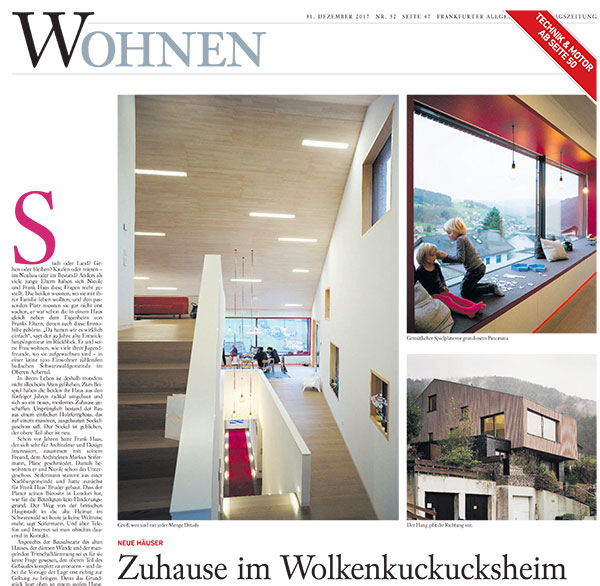 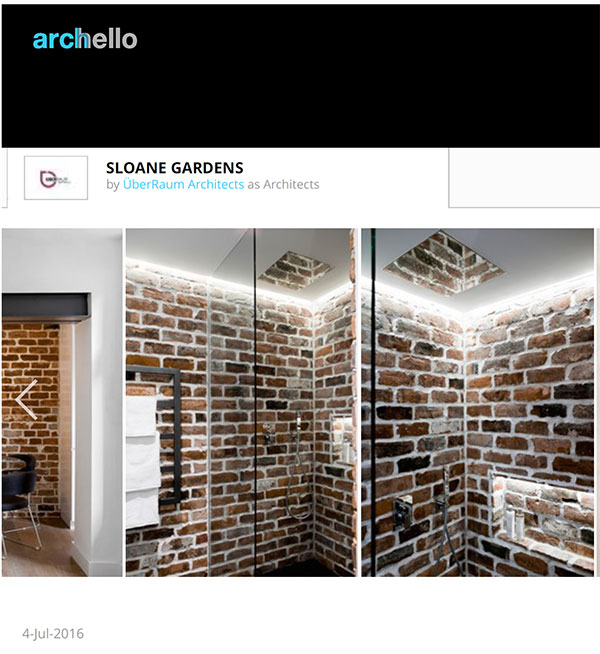 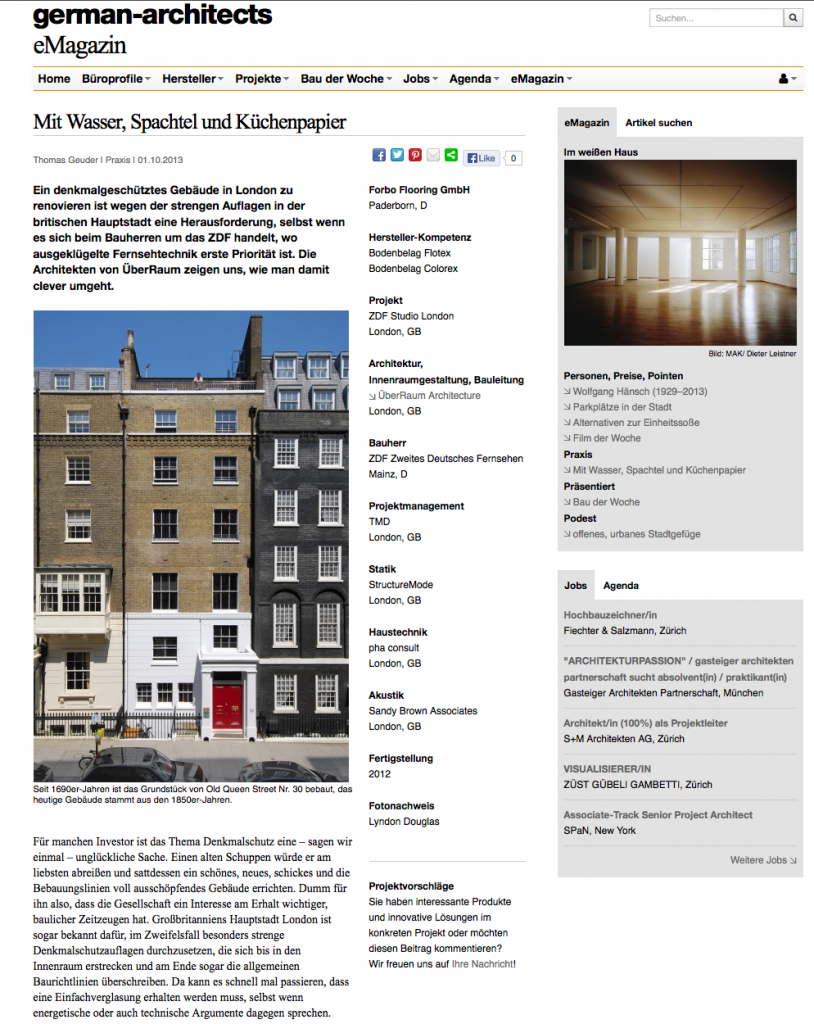 The Lost Space of Stiller
iGuzzini 2009

Concept, layout and design, as well as all graphics, photos and text portions of this website are copyright protected. The use of these pages is limited to personal use only. Changes to the contents of these pages or the distribution of copies of these pages is not permitted. All information located on this server is to be used at your own risk. ÜberRaum Architects is not responsible for the content of external links. 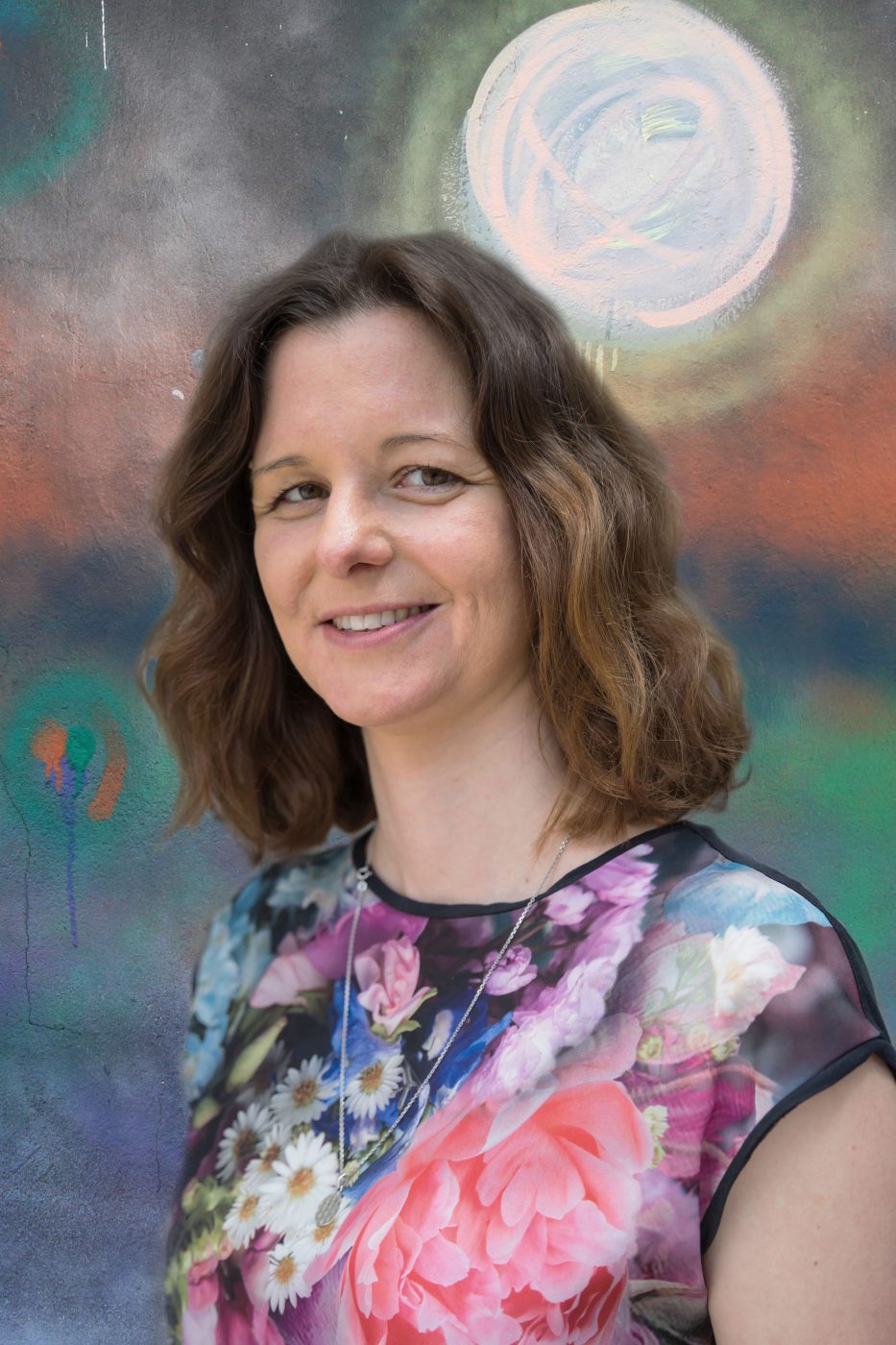 Daniela is a co-founder and director of ÜberRaum Architects. She worked previously on projects in Germany, Switzerland, UK and the Middle East where the scale ranged from multi-billion-pound masterplans to small boutique interiors.

Daniela uses her experience and leadership to build relationships with consultants and authorities to engage and integrate everybody in the delivery of the project. This results in better buildings that everybody can be proud of.

As practice director, she is devoted to working closely with clients to help them realise their briefs. She infuses her work with her passion for materials, a strong sensibility for colour and an understanding of context and user experience. 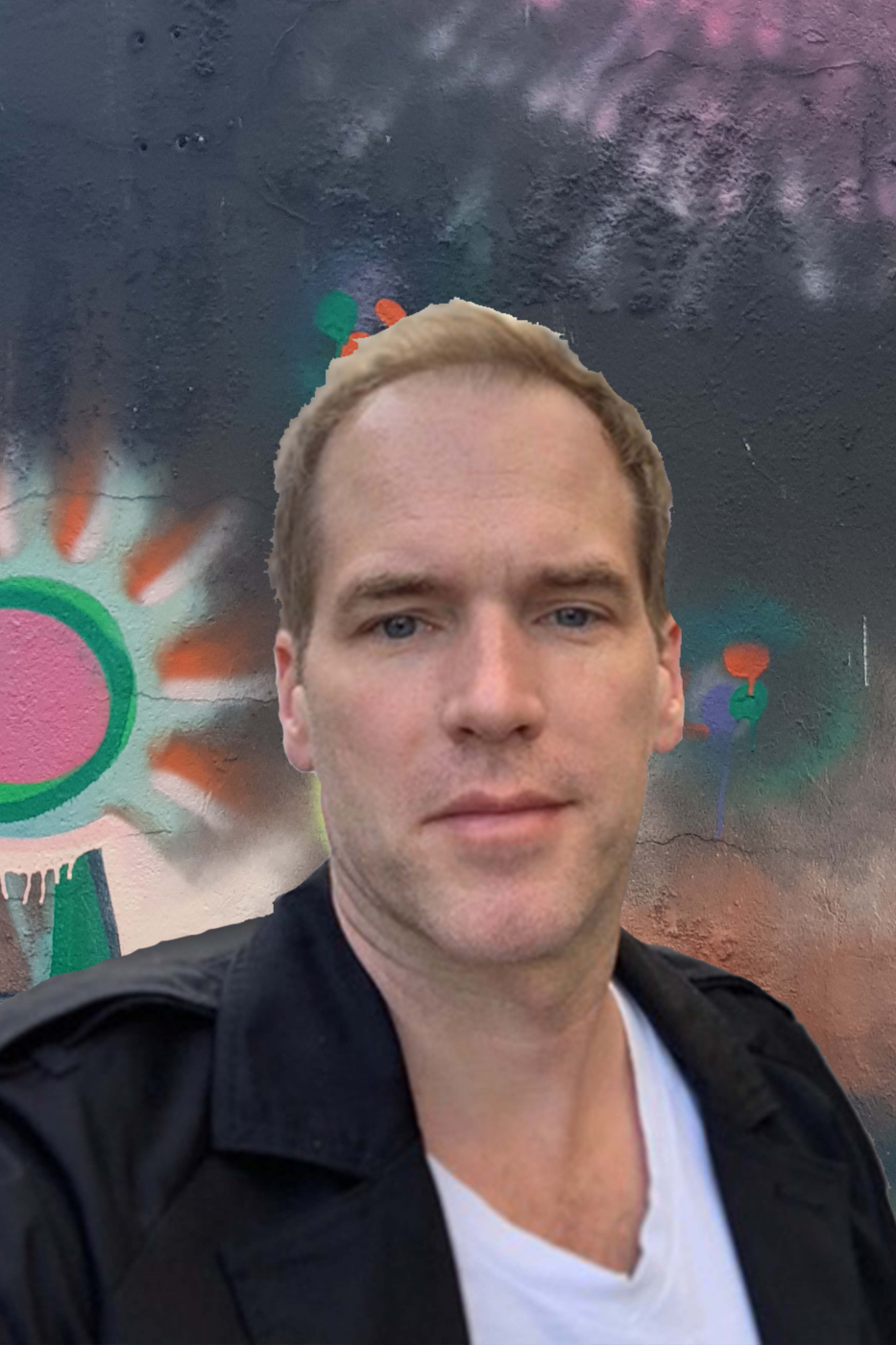 Tim is a fully licensed Architect with abundant work experience at well-known practices such as Foster and Partners, Zaha Hadid and Make Architects, to name a view. 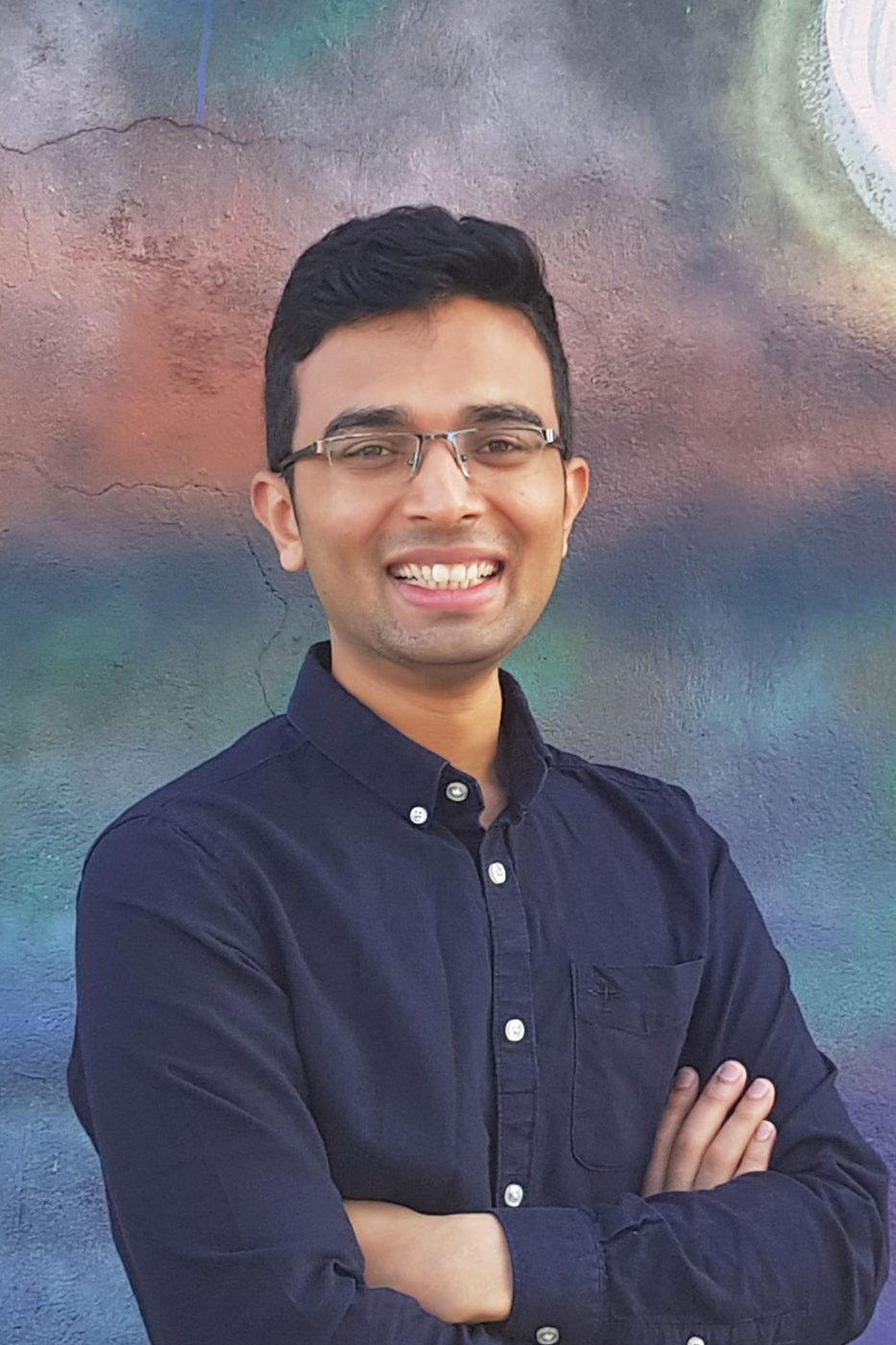 Moin joined ÜberRaum Architects in September 2019 and is a Part 1 Architectural Assistant.
He graduated with Honours from Oxford Brookes University, where his architectural drawings were nominated for the best hand drawn visualisation prize.

Moin enjoys travelling and likes to carry a sketchbook wherever his goes – documenting his explorations. In his spare time he loves to visit galleries and museums around London. He is also an avid supporter and player of cricket and football. 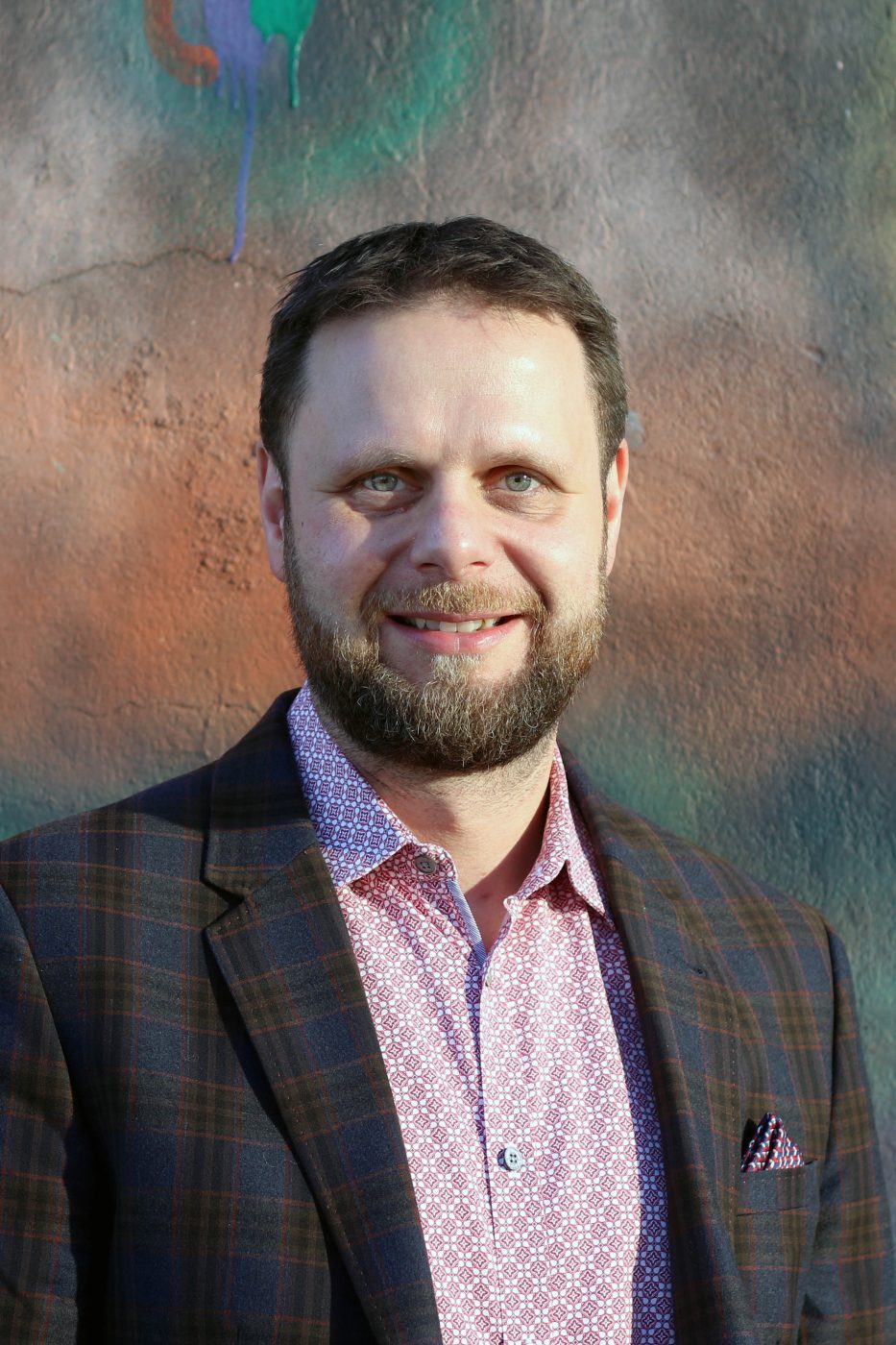 Markus is a Director of UberRaum Architects. Prior to starting his own business, he delivered designs and large build projects for renowned firms in Germany, Canada and the UK.

In 2008, following an invitation by the Max Frisch Archive (ETH Zurich) to develop and curate an exhibition about the Swiss author’s work, he started his own practice.

Originally trained as an architect, Markus now runs businesses in England, Portugal and Germany together with his wife and business partner Daniela Seifermann. Their clients are multinational corporations, governments and private offices, including the German Government, Rolls Royce, ZDF, Oracle, JAB Holding and the Berlin Tempelhof Project.

The work of his practice has won several international awards, including the Hugo-Häring Award and ‘40 under 40’ – one of the best 40 architects in Europe under 40 in 2017. As a DAAD scholarship holder Markus studied Architecture and Film. He is a member of RIBA, and an alumnus of The Bartlett School, UCL, and the Raindance Film Academy in London.

Since 2021, he is an elected Board Member of the German-British Chamber of Industry and Commerce.

Tony joined ÜberRaum Architects in November 2018 and is a Part 2 Architectural Assistant.
He graduated from the Bartlett School of Architecture with a Bartlett Medal.

Tony also teaches at the Bartlett whilst working at ÜberRaum, where he specialises in different computational design methodologies with cinematography, or real-time rendering.

But in his free time, Tony enjoys traveling to new destinations – to try new foods and capture the local environment on camera. 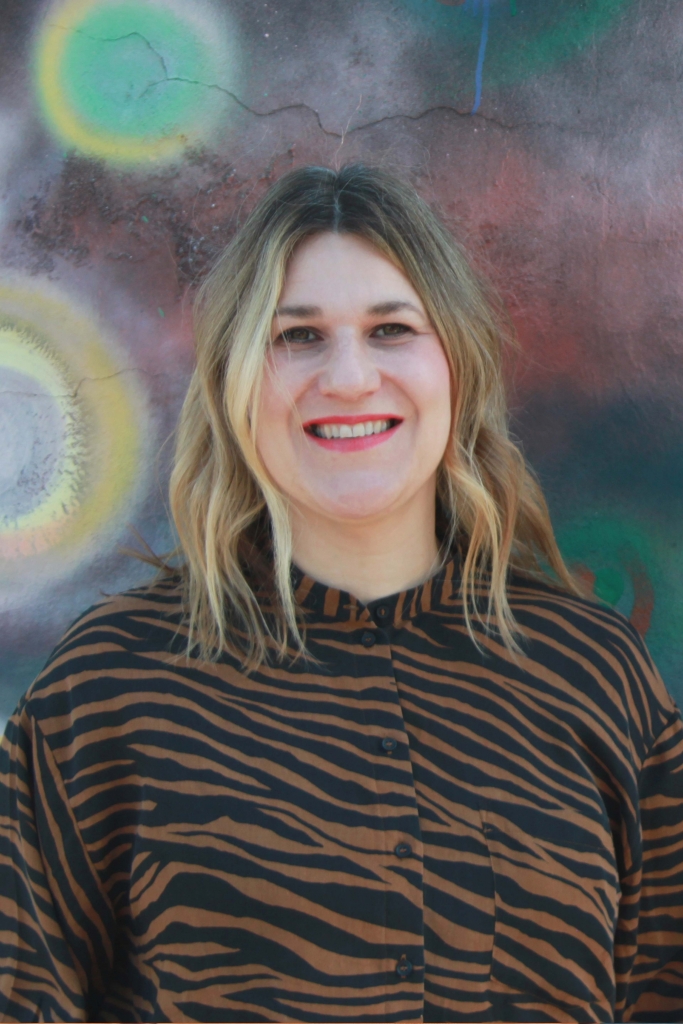 Claudia joined ÜberRaum Architects in September 2017. She studied translation, English and Economics in Munich. She does Business Development and helps out wherever needed: from pitch writing, social media, to publishing articles in the press, etc.

Claudia makes the decaf coffee in the office, and promises “it’s almost as nice as the real stuff”.

She has countless favourite films and books but ‘Night on Earth’, by Jim Jarmusch (film), and ‘Perfume’ by Patrick Süskind (book) are both in her top 10. 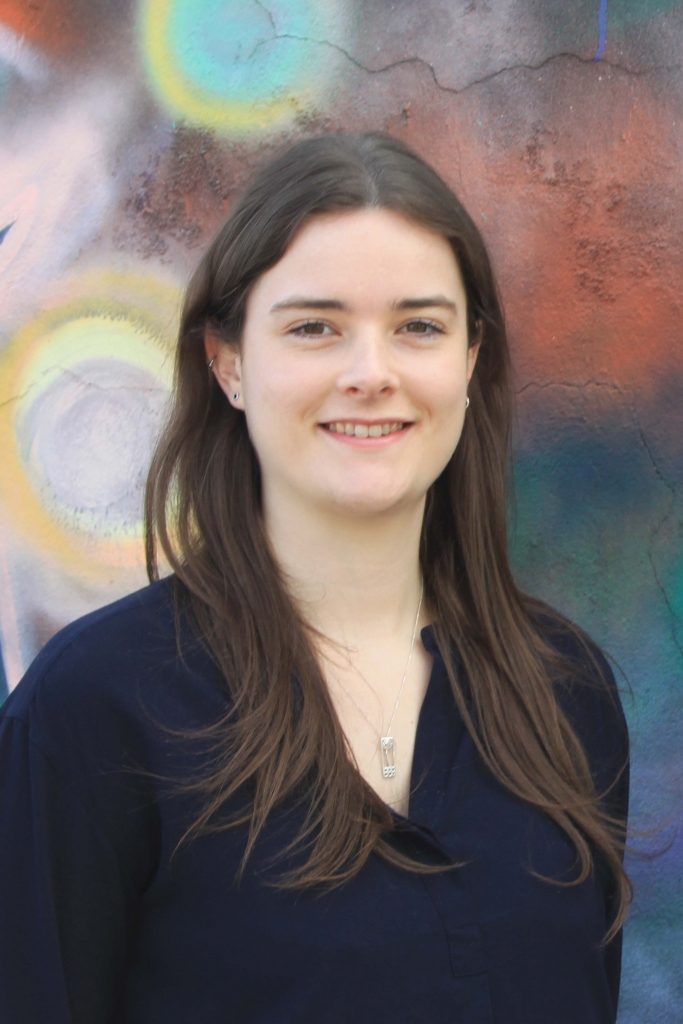 Rhona joined ÜberRaum Architects in November 2018 as a Part 2 Architectural Assistant. She studied at Glasgow School of Art. Previously at K W Reed and Associates, she worked on residential and educational proposals, including work for Harrow School.
She is now developing an innovative medical center, as well as working on commercial and residential projects.

Rhona enjoys travelling, especially exploring the history of a place, such as visits to Machu Picchu and Rome. She also likes to keep active with swimming and snowboarding. 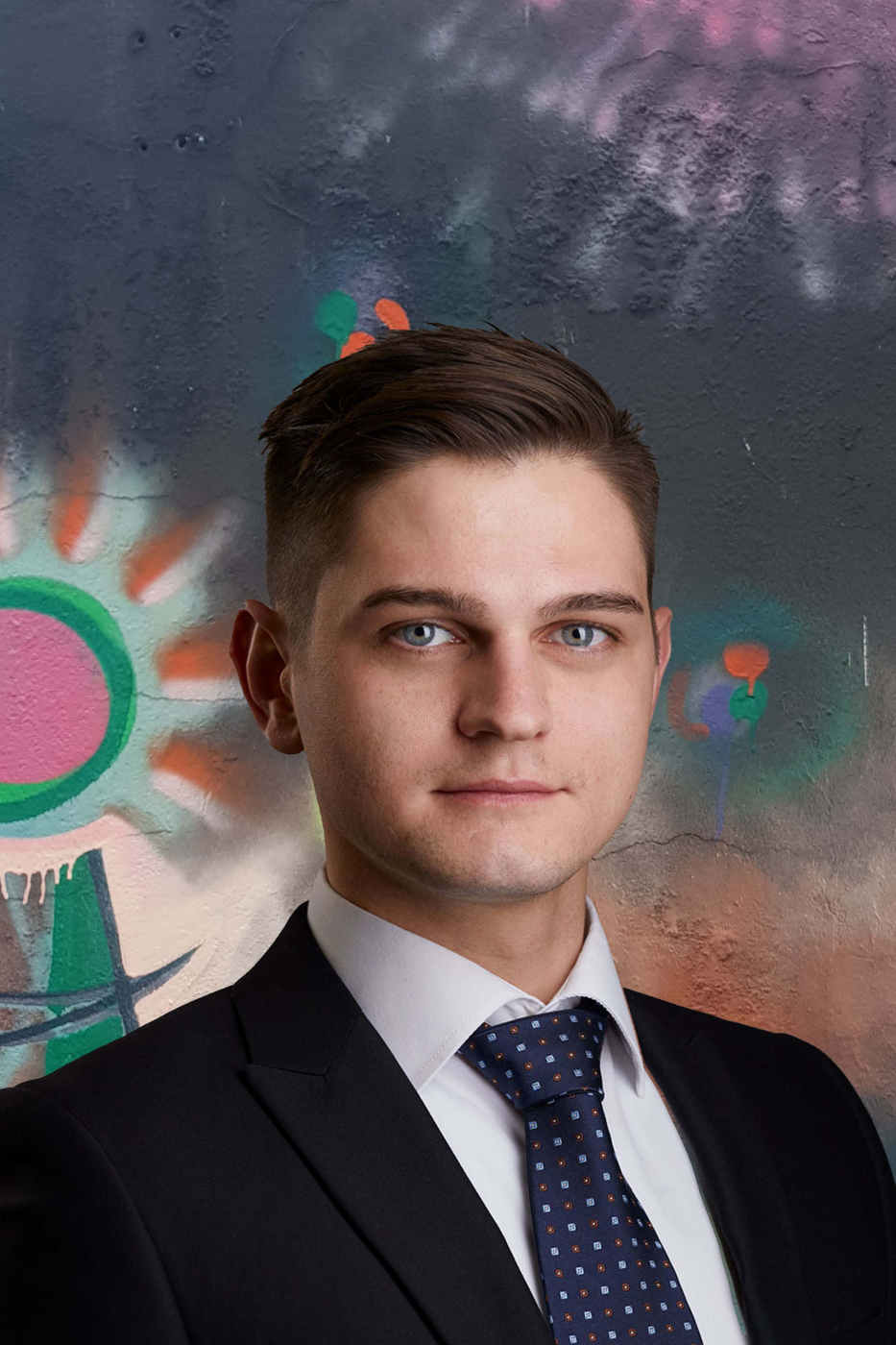 Pascal joined ÜberRaum Architects in January 2021 and is a Part 2 Architectural Assistant.

He graduated with an MArch degree from the University of Strathclyde, Glasgow in 2021. During his master study, he focused on age friendly designs and sustainable communities. He received a first class for his Master Thesis: THE SPACES IN-BETWEEN “Characteristics of valuable age friendly public places”

Previously at io-consultants, Heidelberg he worked on proposals and the realization of industrial buildings. At Bauart architects in Zurich, he worked on laboratory designs, educational and residential projects.
He is now supporting the ÜberRaum team in various projects.

Pascal enjoys being active and exploring new places. He is interested in different physical activities and is passionate about expanding his architectural photography portfolio. 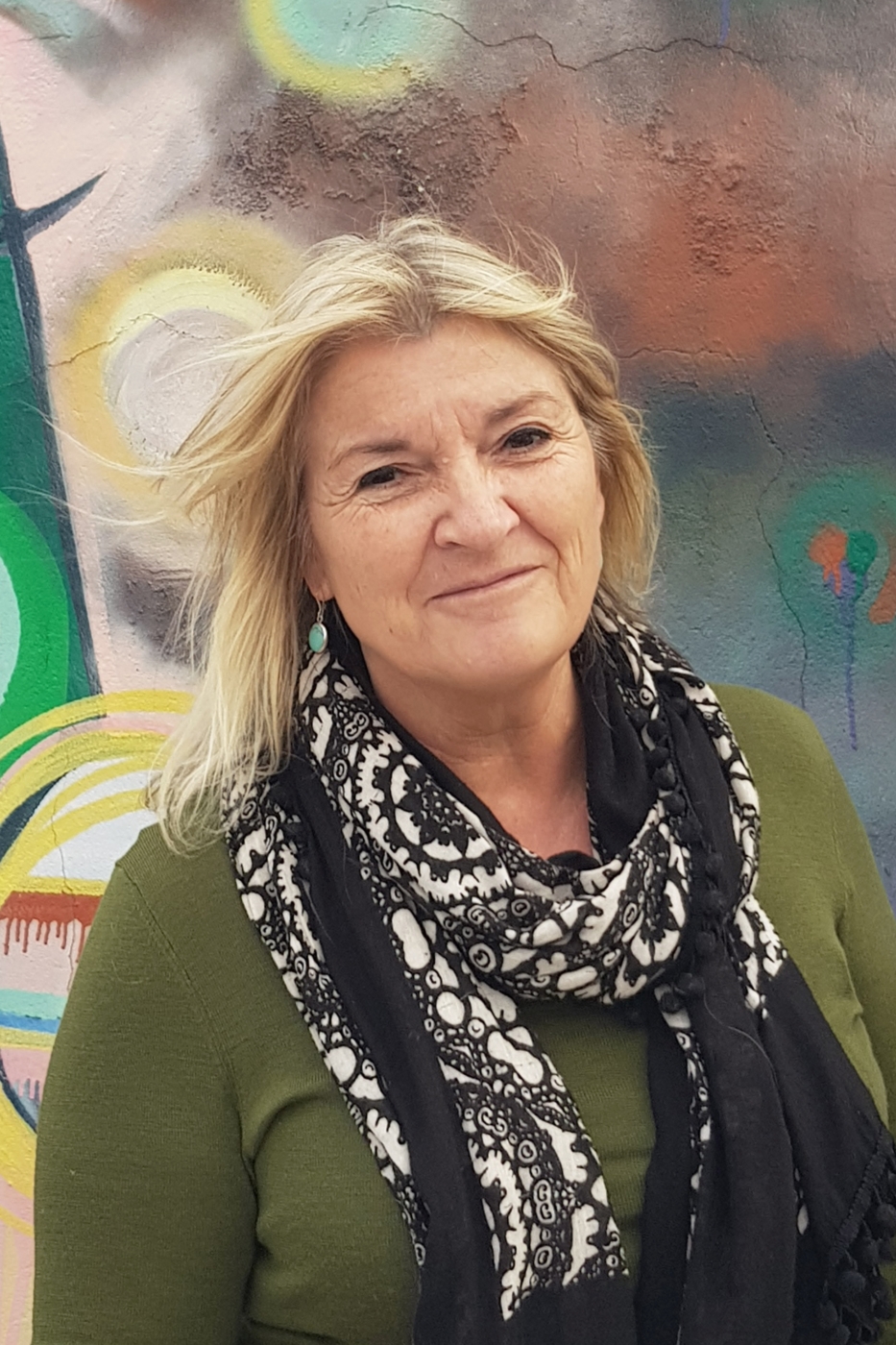